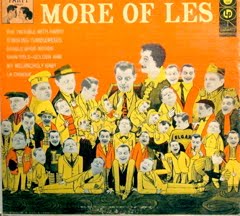 Too bad nobody won this blog's "guess that group" contest a few posts back.  One item destined for the prize package was a rare "Elvis" audio cassette involved in the launch of E! Entertainment Television 20 years ago come June 1.

Don't expect the network of Chelsea Handler, celebrity scandals and salaciousness, however, to say anything about the role the King of Rock played in its launch. So I will.

Actually, I said it all two decades ago in a trade magazine called Cable Marketing. The May 1990 issue marked the magazine's relaunch, with a spiffy new design and editorial attitude (we later won an Ozzie Award for best mag relaunch, given by another now-defunct pub called Magazine Design & Production). And, inaugurating a new section reviewing industry marketing campaigns, the spotlight turned to E! 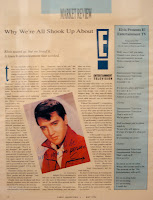 Nobody's put the Cable Marketing archives online yet, so I've typed in the article I penned back then, which follows.  In 1990, we included the text of the Elvis song lyrics alongside the article. In 2010, you don't have to read the lyrics - you can hear them through this link:

Market Review
Why We're All Shook Up About E! Entertainment Television

Elvis teased us, but we loved it.
A launch announcement that worked.


This was originally going to be a news story about how Movietime announced its upcoming name change via a masterful Elvis Presley tease campaign to the press and major MSOs.  The story was scheduled to go in our "Promotional Showcase" column, but was pulled because we couldn't get details about the campaign from the main source -- Movietime.  So we decided to write this review instead.

Sheri Herman, senior vp of marketing for Movietime, feels a news story about the Elvis campaign would convey the wrong impression about the new E! Entertainment Television.  We disagree.  In the press release delivered to our office by one of E!'s Elvis impersonators, network president and ceo Lee Masters called E!'s attitude "fun, stylish and imaginative."  And that's exactly what the Elvis campaign was all about.


The month-long tease began on Valentine's Day with delivery of red roses and a card with the message, "You're in my thoughts" and signed by Elvis.  A few days later, a mailgram arrived.  It read simply, "Are you ready to get all shook up?" and was again signed by you-know-how.  Future mailgrams read "I hope you're as excited as I am" and "Are you lonesome tonight?  I'll be with you tomorrow."


Sometime during this process, we also received a full-color postcard with Elvis' picture and the message, "And soon I'll be with you in  person."


Finally, there was the phone call: Elvis himself, somehow using his song titles to tell us he'd be seeing us the next day.


And, sure enough, the next morning, we were buzzed by our hysterical receptionist, Bea.  "Someone's here to see you," she managed to get out between laughs.  We knew immediately who had arrived, and we scurried downstairs from our penthouse digs to meet The King.


There was Elvis, in his blue jumpsuit, sequins aglittering -- accompanied by a guy in dark suit and shades who we assumed to be his combination promotion man/bodyguard/...maybe guardian angel?

Anyway, we all went into the publisher's office where, to everyone's delight, Elvis commenced to belt out -- to the tune of Heartbreak Hotel -- the story of Movietime's transition into E!  No, not the Elvis  network, but Entertainment Television.


Well, let me tell you.  Our parent company, Jobson Publishing, puts out magazines on everything from eyeglasses to beverages to pharmaceuticals.  And what do you thing the secretaries and other office help -- yes, even the ad salespeople -- were talking about for the next couple of days?  Certainly not the latest lens design, wine cooler or anti-baldness drug.  No, they were all abuzz about Elvis -- and  full of questions about which cable network was so innovative promotion-wise.


Without Movietime/E's cooperation, we can't tell you how much this all cost, or how many Elvises were sent around, or even who came up with the idea in the first place.  We do know something about effective promotion, however,  And we're willing to bet Movietime/E! got its money's worth with Elvis.  After all, we haven't even the foggiest memory of how HBO first announced The Comedy Channel or how MTV unveiled its plans for HA!

As this month's issue shows, Cable Marketing -- like Movietime/E! -- is  itself involved in a relaunch, with our own new logo, graphics and editorial format.  Part our change is to run reviews such as this, even at the risk of offending industry suppliers.  Masters, in fact, could have been describing the new Cable Marketing when he called E! "vibrant, contemporary and forward-looking."


So, here's to the future, E!  Continue the good work.  Keep to your vision of an entertainment network, and we're sure you'll make strides.  At the same time, we'll keep to our vision of a marketing magazine.  But we promise, we'll try to never mention Elvis and E! in the same sentence again.

Alas, E!'s vision proved far more enduring than Cable Marketing's -- Jobson pulled the plug on us less than six months later. But somehow, that editorial encapsulated my world view on PR, marketing and journalism. Indeed, after I went into PR, I framed the article and  hung it on my office wall -- until the main protagonist Sheri Herman became a client of our agency. By then, she was president of the ambitious and far-too-ahead-of-its-time (1995-97) American Cybercast, whose pioneering online video shows included the soap opera series The Spot, described here in a now-amusing clip from the syndicated series Extra:


I'm sure that E! also covered The Spot, although no clip has yet surfaced on YouTube. Because as irritating as the network may seem to those of us who take our television seriously, there's no denying that E!'s always kept up with the pulse of the public, not to mention the Kardashians.

So happy birthday E!  What were you expecting? Another tongue-lashing?
Posted by Les at 10:39 AM